In this demonstrator, the EoT device can work in one of two modes. In the ‘normal’ mode, the camera captures a snapshot at regular intervals (configurable by the user). Snapshots are stored on the SD card. In the ‘smart’ mode, the camera performs an analysis of the image, trying to detect ‘key events’ that are interesting to the user. Regions of interest can be also drawn to detect motion. Whenever one or more of the key events is detected, the image is stored in the SD card, along with text information (tags) indicating the events recognized. There is also the option to send push notifications to a smartphone. An Android App allows to retrieve the images and their associated tags, and upload them to a cloud database. The cloud database can be accessed from any standard browser. Here the user has additional functionality, presented in a Zapier/IFTTT manner to allow further processing or distribution of the images. The images below show some sample screenshots of the Android App, a user drawing a region of interest and access to captured images from a web browser.

All tests were conducted in or around the Evercam office in Dublin. This was recommended due to concerns raised by the Ethics Committee around consent as there was a risk, if used outdoors that people would be included who had not consented.

The following tests has been done in order to check the capabilities of the Versatile Mobile Camera.

Pairing a new device to my mobile phone.

This test consists of adding the device with our Mobile Phone to have a visual interface of our device. 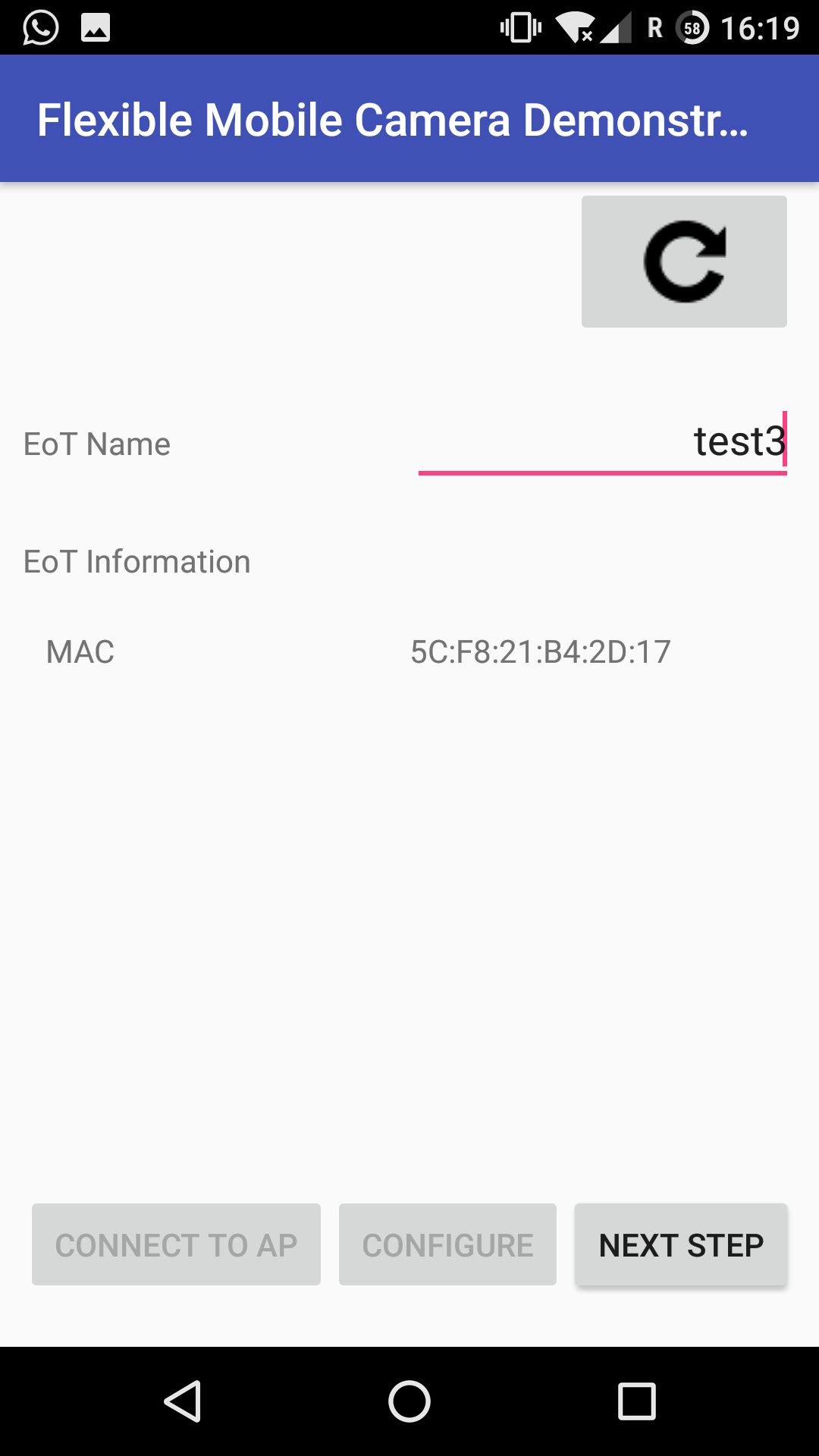 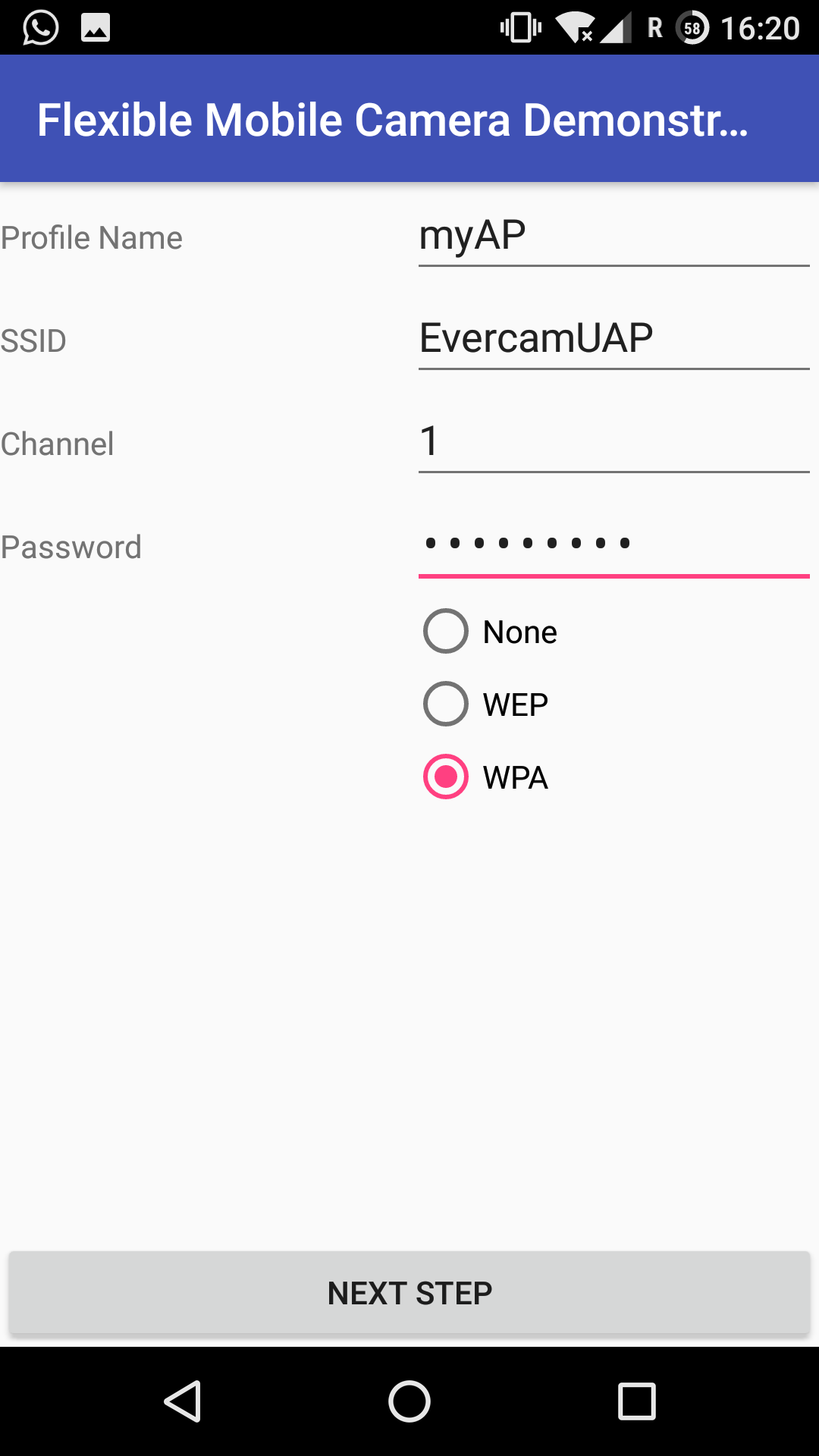 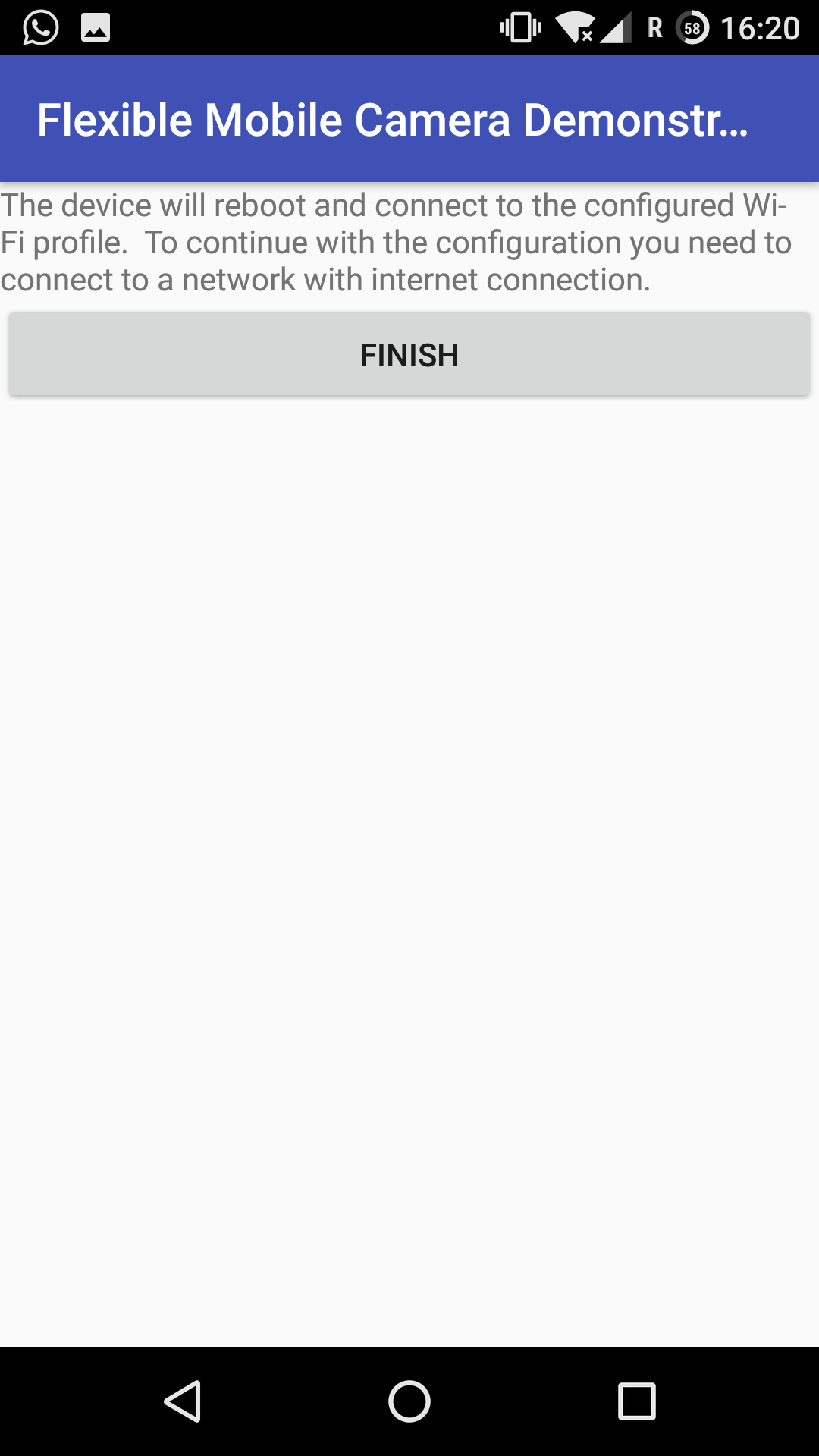 Finally, it is necessary to connect with the EoT device 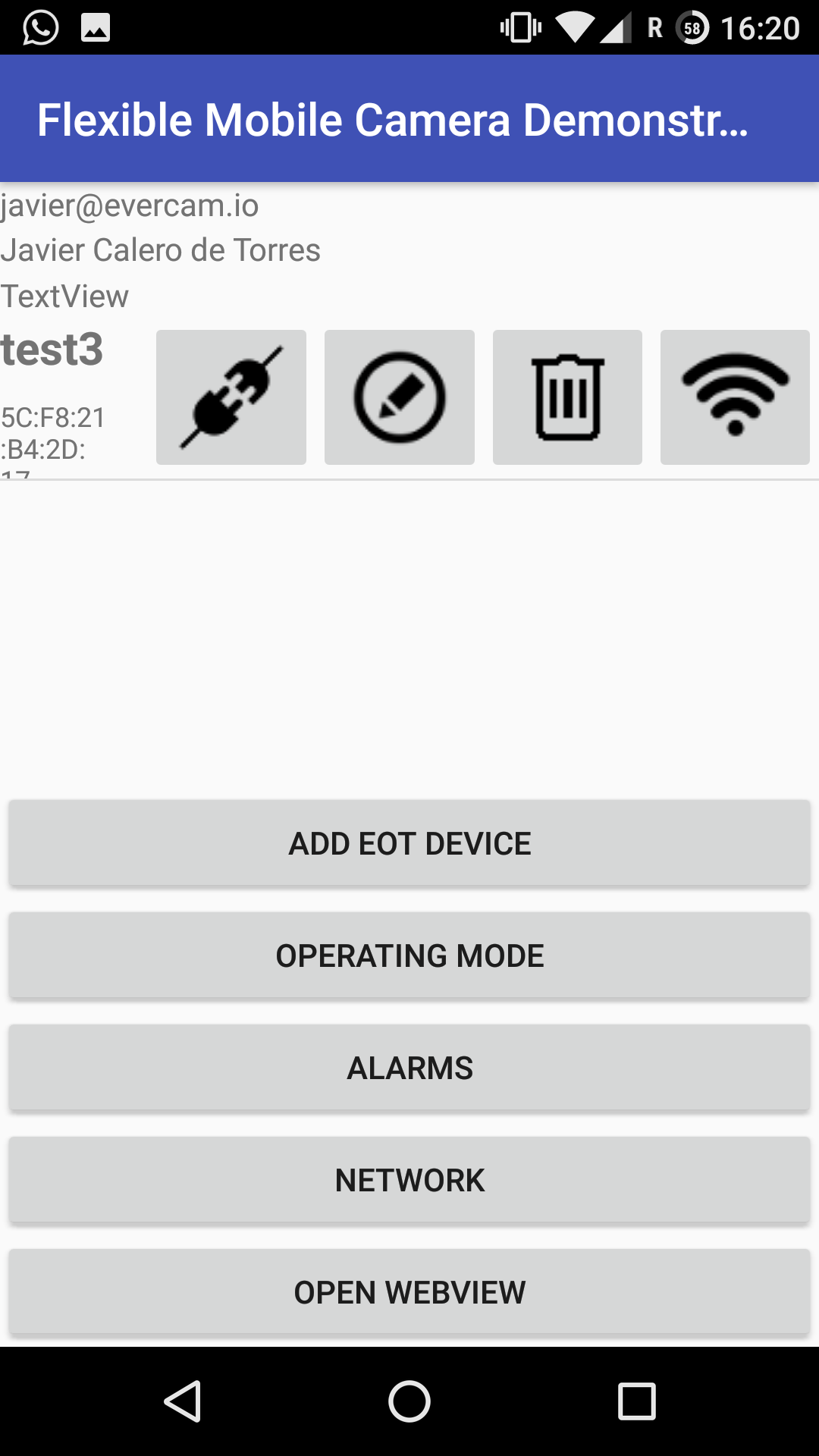 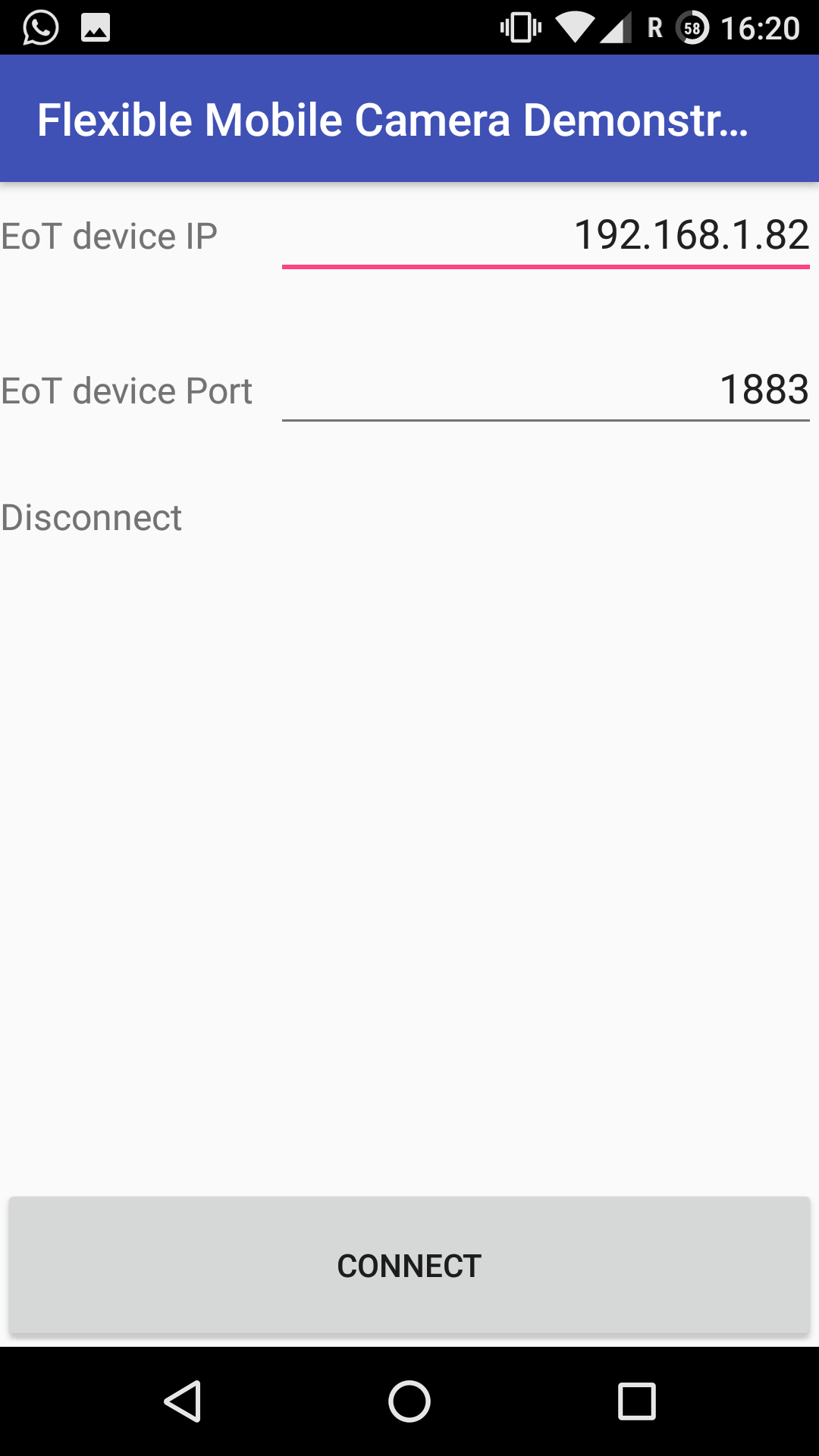 Once our device is connected, we can establish the operating mode. On that screen we have two options to configure, the EoT configuration and the Smart Mode.

EoT configuration have 4 options, if the Smart mode is disabled, we can establish the capture time in seconds and we are going to get an image those seconds and when it is enable, the device is going to be waiting to detect the emotion that we establish on Smart Mode configuration.

At the bottom of the screen:

To configure the alarms, we connect “Capture mode” and “Smart mode” on the “Operating mode” menu. 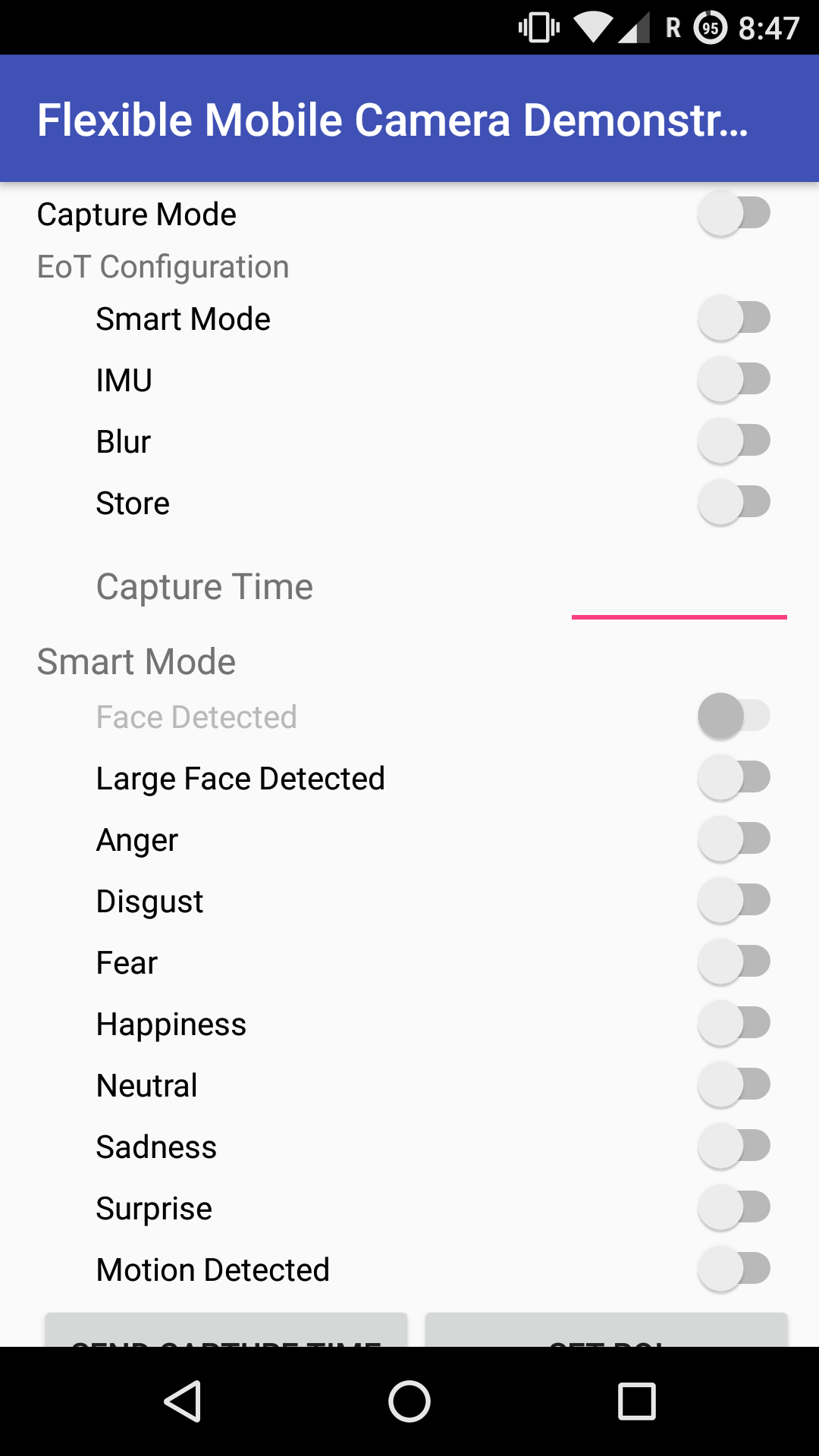 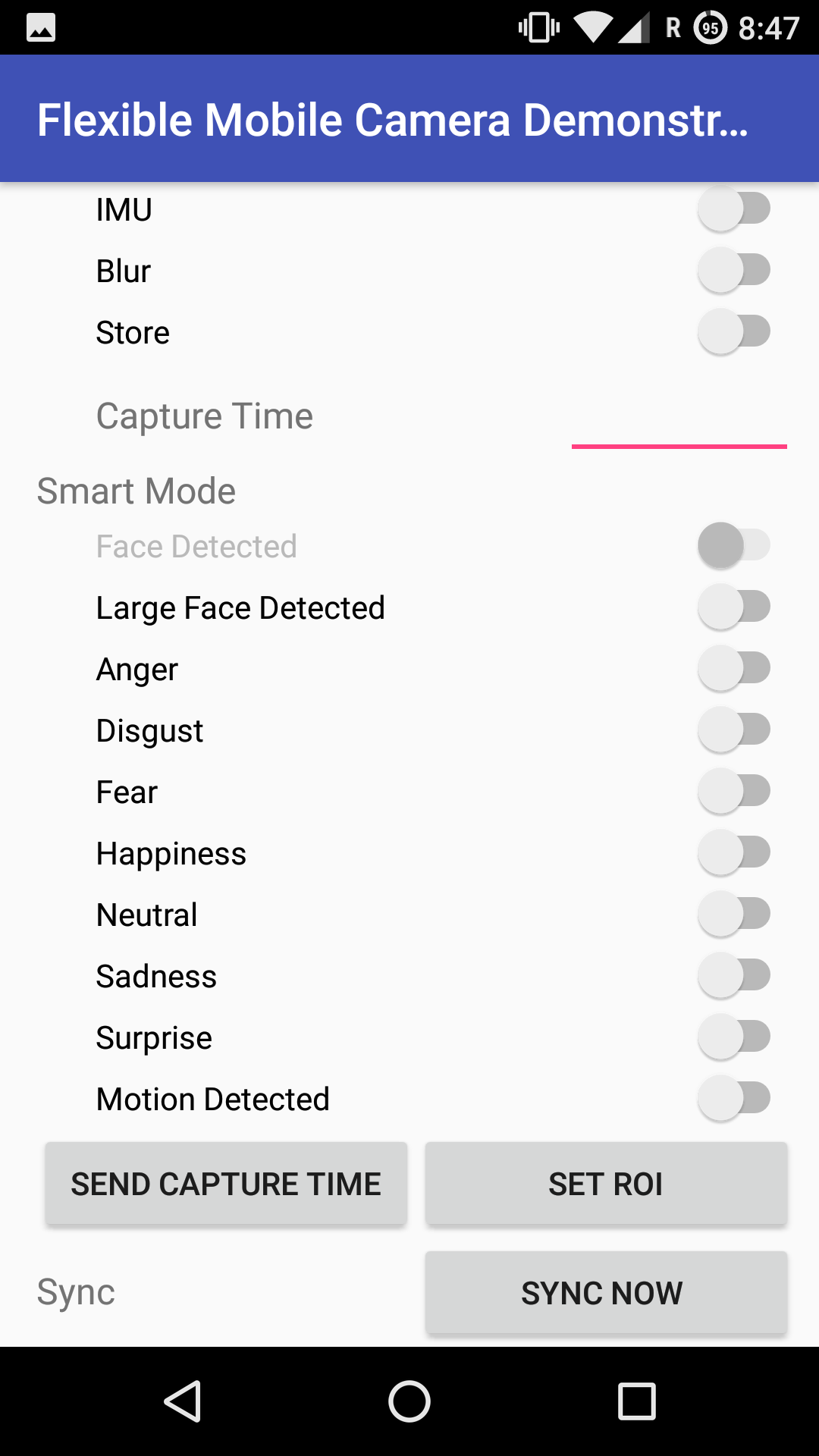 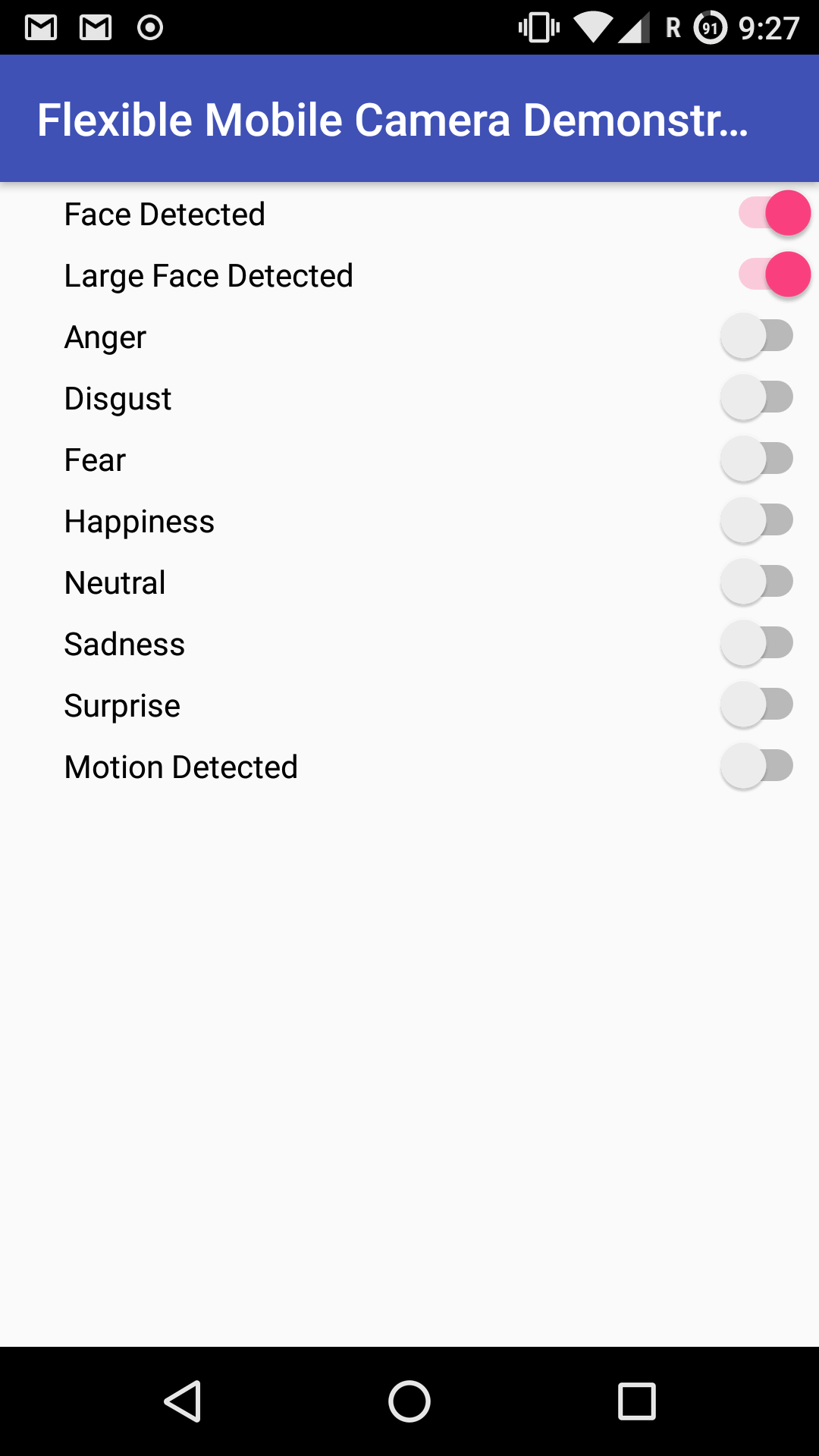 When the user uses the Sync now functionality, the captured images are sent from the EoT Device to the Google Cloud Storage. For each uploaded image, a new entry is written in the Real-time Firebase Database. These images can be checked on the WebApp 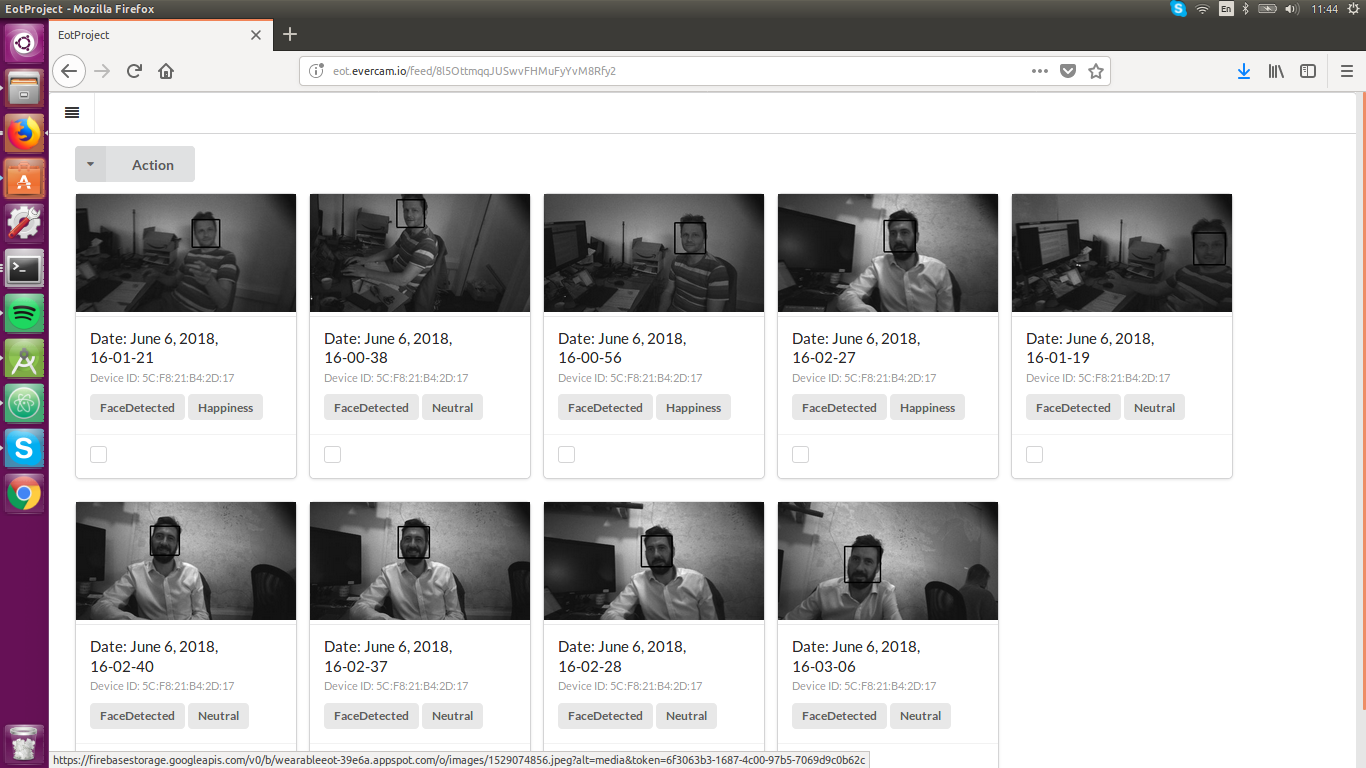 During the EoT development period, it became clear to the Evercam team that there was a strong case for a battery powered camera to detect littering. Furthermore, this camera could make use of some of the privacy by design features of the EoT to NOT capture faces / people, but rather to just trigger an alarm if littering was detected in order to deter the person. We decided to include this as an EoT scenario because it used the same functionality as provided by EoT Portable Camera with some small changes.

In this case, we chose the outdoor form factor which is waterproof and had a clear lens cover and rubber buttons. There is also a waterproof cap for the USB adapter if required. We were able to use the case from a Brinno Timelapse Camera which is a very suitable variant.

We positioned the camera in an area where we expected littering events to take place. 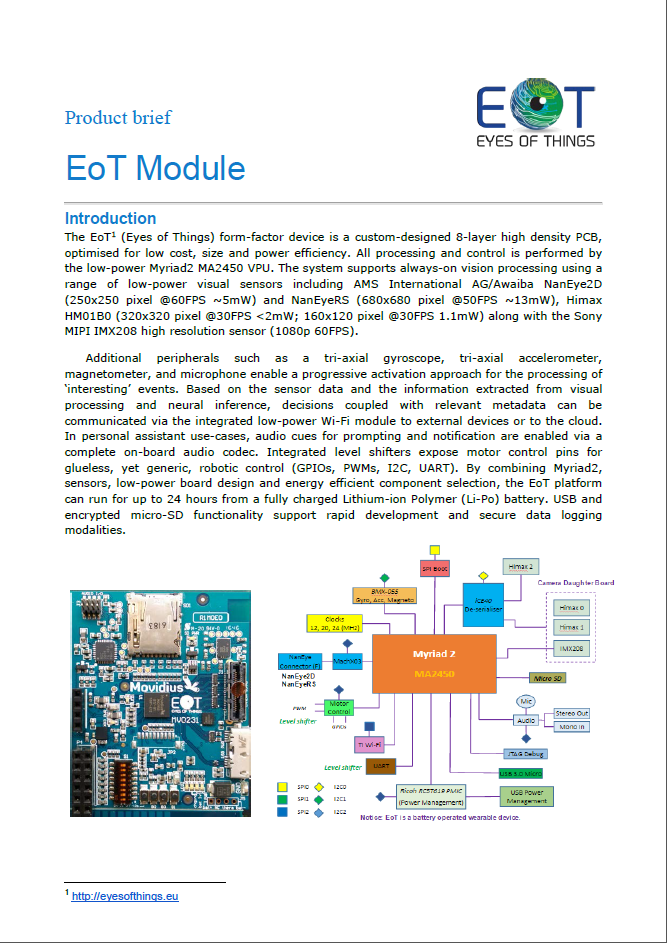